Want To Make A Movie? Shoot With Your Phone

Inspired by the feature film, Tangerine, which was shot on an iPhone 5S, students of FIDM’s Essentials of Film Production class opted to do the same for their project. They shot their short film, recording with one to three cameras (iPhone 6S) at a time.

Using multiple cameras is a common occurrence for complicated sequences like an explosion or car chase. These can be expensive to orchestrate and many times, a director and his or her crew may only have one crack at getting the necessary footage. Setting cameras up in different positions—for a wide angles, medium shots, close-ups—will help ensure the editor has lots of shots to choose from.

Mad Max: Fury Road Cinematographer John Seale said his “crew was outfitted with six ARRI Alexas and a number of Canon 5Ds, with the latter used in part as crash cams in action sequences. The Alexas were supported by 11 Codex Onboard recorders. The relatively large number of cameras and recorders helped the camera crew to remain nimble.”

While the students’ production was nowhere near as extensive as shooting an action movie in the Namibian desert, their shot list was ambitious and lengthy. As their professor, I required that shooting be completed in six to seven hours, so they could get a sense of the pressure cooker nature of film production. With nimbleness in mind, i.e., flexibility and speed, shooting with the iPhone 6S was a good solution. They got lots of great footage and a variety of angles to choose from.

Now whip out your camera phone, and go make a movie! 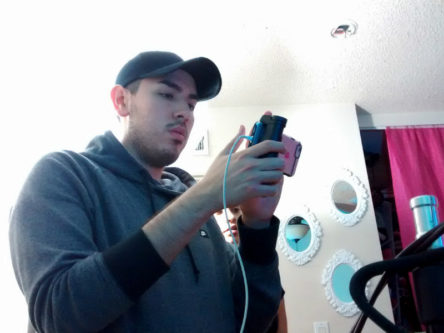 Director getting the shot 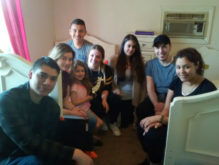 It’s a wrap! Students and talent. 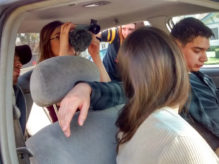 A mic and wide angle lense is attached to the phone. 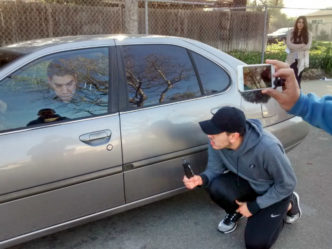 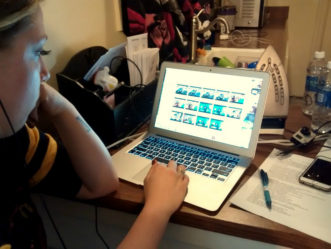