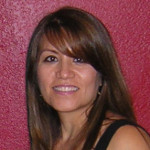 CLAIRE-DEE LIM received her M.F.A. from UCLA’s graduate school of Theater, Film and Television and a B.A. in Philosophy from U.C. Berkeley. Never in a million years did she think her R-rated screenplay THE POWER OBJECT would lead her to co-write the 20th Century Fox family film FIREHOUSE DOG. Nor did she think she’d go back to her indie/DIY roots and adapt THE POWER OBJECT into a web series featuring a cast of dolls. In between directing, editing and making doll clothes for the series, she wrote the family-action feature FUFKIN FACTOR, a TV pilot adapted from David Marusek’s critically acclaimed sci-fi novel COUNTING HEADS, adapted the screenplay STEALING FACES based on NEW YORK TIMES bestselling author Michael Prescott’s thriller and wrote her first novel LOVE MATCH — a screwball romantic comedy. 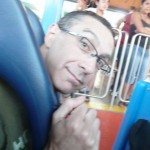 MIKE WERB is a graduate of Stanford and UCLA. He began his burlesque climb up the well-greased Hollywood ladder by writing the screenplay for the Jim Carrey comedy THE MASK. Other credits include FACE/OFF, LARA CROFT: TOMB RAIDER, TARZAN, FIREHOUSE DOG and CURIOUS GEORGE. Mike is also creator/executive producer of UNNATURAL HISTORY–a live action-adventure series that aired on Cartoon Network, summer, 2010. He is a member of the Academy of Motion Picture Arts and Sciences, the Writers Guild of America, and is a visiting professor at UCLA’s graduate school of Theater, Film and Television. 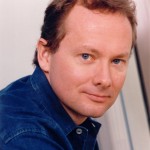 MICHAEL COLLEARY hails from a family of writers. His father Bob was head-writer of CAPTAIN KANGAROO for 20 years, creating many of its famous characters. Michael’s writing and producing credits include FACE/OFF, FIREHOUSE DOG and the CN drama UNNATURAL HISTORY. He is married to writer Shannon Bradley. 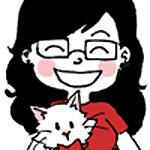 JEAN KANG is a character designer/background painter/illustrator/color stylist/insane person. Her favorite things to do are to watch cartoons, knit, sew, make necklaces, and draw superheroes. Working on THE POWER OBJECT was one of the funnest experiences ever and allowed her to play with dolls and make doll clothes again. She no longer feels guilty for destroying her dolls’ faces with markers as a child. Thanks, Claire! jeandrawsstuff.com 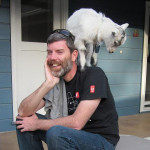 WARREN FULLER is a former animator for the likes of SOUTH PARK, WARNER BROS. ANIMATION, vfx for feature films and his own shorts–SHEEPS and the MTV pilot HAMSTERS. He is also creator of the Flash AnimSlider plug-in suite–loved by Flash animators worldwide. animonger.com

THE POWER OBJECT was funded in part by him. He’s now pursuing the black arts of game programming. 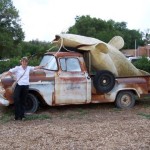 SARAH SEIRAFI’S big break came after she caught “Toby” a GUINNESS BOOK OF WORLD RECORD-breaking catfish along the Rio Grand on her first fishing trip ever. After the fishing community dismissed her story, calling it urban legend, she hit the fishing hole circuit to defend her and Toby’s honor. Hasn’t anyone heard of beginners luck? She was very pleased to take a break from the road and join the cast of THE POWER OBJECT. 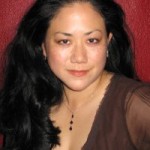 JACQUELINE CRUZ, a graduate of the Film program at Loyola Marymount University, is accustomed to being on the other side of the microphone. She has produced numerous award-winning short films–SIZE MATTERS was picked up for worldwide distribution by Canadian-based company Ouat Media. She has worked as a development executive at Baltimore/Spring Creek Pictures and producer Gale Anne Hurd’s Valhalla Motion Pictures. Accompanied by a friendly dose of Xanax in 2006, her other foray into acting involved performing in Suzan-Lori Parks’ 365 DAYS/365 PLAYS in front of said playwright. She currently works in theatrical production legal affairs at Twentieth Century Fox, where she has worked on films such as WOLVERINE, WALL STREET 2, and X-MEN: FIRST CLASS. Her other goals are to own a Pembroke Welsh corgi and salsa dance as much as possible. Jackie also writes a blog about living a full life in a big city at less than full prices.frugalflip.com 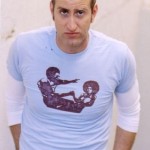 TODD STERLING BROWN is a hair stylist in Los Angeles. He wrote and produced a successful one-man show called LIFE IS SHORT AND I’M NOT!  Being a ranter on all subjects, he focused his rants into characters along the way.  Knowing Claire for years and ranting to her was a natural fit and honor to lend his voice to some of the characters in her original project. 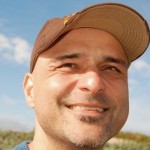 RAMIN ZAHED is Associate Producer at FUHU, and an animation and VFX journalist. He has been covering the animation and visual effects world for over 20 years. He was Editor-in-Chief of the Los Angeles-based monthly publication ANIMATION MAGAZINE. Before joining Animag, he was a senior editor at DAILY VARIETY. His articles have also appeared in VARIETY, HOLLYWOOD REPORTER, THE LOS ANGELES TIMES and THE CHRISTIAN SCIENCE MONITOR. He’s author of THE ART OF PUSS IN BOOKS [Insight Editions] and ANIMATION MAGAZINE’S 20TH ANNIVERSARY COLLECTOR’S BOOK. 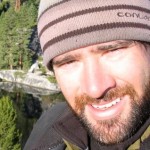 ZAK KREBS likes to take long walks on the beach with his wife and baby, and sleep when they let him. 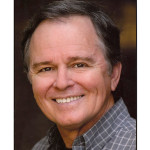 GUS CORRADO has produced, directed and acted in over fifty productions.  He has received Drama Logue awards for acting, directing and producing, and a BACKSTAGE WEST Garland Award for Achievement in Theater.  Other venues include REPRISE Productions OF THEE I SING, THE BOYS FROM SYRACUSE, MACK AND MABEL at New York’s Lincoln Center, The Goodspeed Opera House/Connecticut and CAROUSEL at the Hollywood Bowl.  TV includes: Hallmark Hall of Fame Productions BLACK FRIDAY, HARVEST OF FIRE,