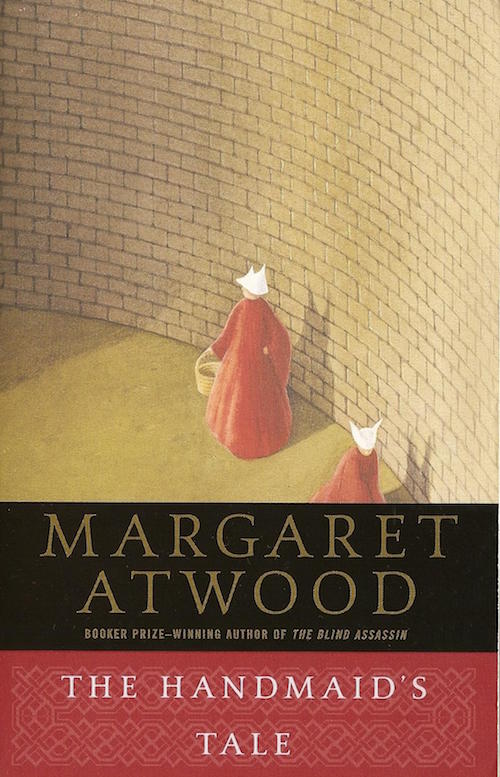 Would you rather be sent to the Colonies and made to clean up toxic waste until “your skin falls off in sheets” or be forced into becoming a birthing surrogate for an infertile couple? These hideous and oppressive scenarios are what the character Offred must face in Margaret Atwood’s novel The Handmaid’s Tale. Set in a dystopian near-future, the U.S. is controlled by a totalitarian Christian fundamentalist regime that shoves women into various servant classes while denying them independence and rights.

Now Hulu has begun streaming its 10-episode adaptation starring Elizabeth Moss. Three episodes have already been made available, and let me tell you the series is just as creepy and chilling as the novel. At times it’s even tough to stomach. Especially the scenes where the handmaids are raped in grotesque mating rituals, aided by the complicit, barren wives of the elite commanders. Horrifying.

In the current political climate, one of the novel’s central themes, the destruction of feminism, has taken on a deeper resonance. And like 1984, it should be no surprise that The Handmaid’s Tale has topped Amazon’s bestseller lists. As the battle for reproductive rights rages on in the U.S., Atwood’s story reminds us once again how women’s independence is tied to the ability to control our bodies.

Trainspotting & the Worst Toilet in Scotland