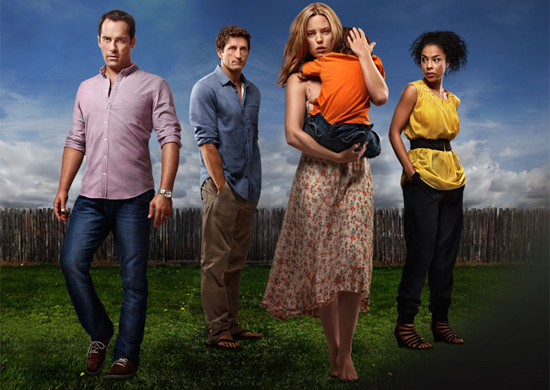 Lost in Translation? — “The Slap”

You’d really have to be disconnected from the universe to not know that the 3rd season of House of Cards was released on Netflix yesterday. While I look forward to tucking into a delicious binge-watch fest, I have to finish my current fixation. That is the Australian version of The Slap—also on Netflix. It may sound familiar because the American version, a 9-part mini-series, recently began on NBC. I watched the U.S. pilot because the premise and cast intrigued me. At a family birthday party one of the adults slaps a friend’s misbehaving child. That inappropriate act causes all kinds of terrible repercussions. It stars Peter Sarsgaard, Thandie Newton, Uma Thurman and notable others. I instantly loathed all the stereotypical characters: one guy’s going through a mid-life crisis and is canoodling with the babysitter, another’s a rich, aggressive asshole (aren’t they all?), the strident, overindulgent helicopter parents, and more. I was ready to chuck it in.

Then I heard about the original Aussie version and how it was supposed to be better. Whoa, what a difference a continent makes! While the story is the same, everything about the series—from the characters to the theme—is more nuanced and complex. It also has swearing and lots more sex. Just like real life! I was instantly hooked and abandoned the NBC version.

I felt the exact same way about the Danish-Swedish version of The Bridge. I began watching the version on FX, was instantly turned off by Diana Kruger’s (who I normally like) bizarre acting choices and jumped ship to the original. My normally productive life screeched to a halt as I became absorbed in the overall richer characters, relationships, Scandinavian culture and delightfully intricate crime plotting.

I continue to marvel at how American versions of foreign shows get so lost in translation. Having been in meetings with entertainment executives, I’ve learned the sad truth why this is. There’s a general lack of faith and distrust that we, the viewers, are going to get it. We need to be bludgeoned with simple ideas and recognizable tropes, and here’s my bête noire, “likeable” characters. Bah! Consequently, complex stories become diluted … and unwatchable.

So huzzah to Netflix and Amazon and cable channels, like AMC and HBO, for taking risks. Risky TV can be captivating TV. 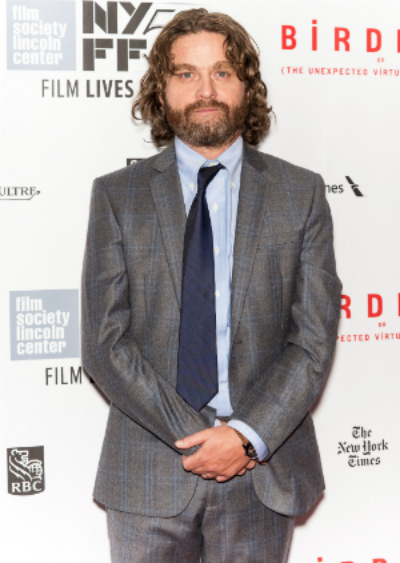 I suspect that one of the reasons why Zach Galifianakis has lost weight is to separate himself from the copycats now populating primetime TV. The new fall season offers three new romantic comedies. A to Z and Women Are Crazy, whoops, I meant Marry Me, have two supporting characters that are obvious Zach-types: tubby, boy-men with personalities that are bizarre and who say inappropriate and snarky things. The other series, Manhattan Love Story, has male characters that are fit and trim but sport lots of facial hair and snarkiness so they might as well be Zach-types. I can hear the TV execs now when discussing casting.

Exec 1: “We need Zach Galifianakis for the thankless role of doofy sidekick.”

Exec 1: “Which means he’s probably not funny anymore. Bummer … then let’s roundup some actors who are like the old funny fatso Zach.”

This really isn’t a post about shameless casting attempts; it’s about romantic comedies and which one I’ll continue watching this season.

This one’s my favorite. The prologue, narrated by the authoritative yet personable Katey Sagal, states: Andrew and Zelda will date for eight months, three weeks, five days and one hour. This program is a comprehensive account of their relationship – from A to Z.” Already I’m intrigued because there’s a built in clock in this relationship. I want to see where it goes. Also, the pilot had some nice touches that pulled me in. The leads are cute and charming, and there’s real chemistry between the actors. Andrew is the romantic one who works for an online dating company. Zelda is the practical one and is no surprise, an attorney. The couple’s sidekicks/Greek Chorus are made up of the Zach G-type, who while weird has some funny things to say and Zelda’s co-worker galpal, Stephie. She acts as a clever foil. Big plus she’s played by Lenora Chrichlow, the ghosty girl from the British Being Human series. Episode three (letter “C”) dealt with online privacy and trust issues in insightful and amusing ways. This series has all the makings of a modern world rom-com, so I think I’ll make it to episode “Z.”

A rom-com set in Manhattan—I’m in! At least, that’s what I had hoped. The pilot starts off by introducing us to Dana. We hear her inner thoughts in voiceover as she drools over the many designer handbags she passes by on the street. It’s cute and funny. So far so good. We meet Peter and hear his thoughts as he ogles passing women. Ugh, not so good. My husband once said to me, “If you knew what men were regularly thinking about it, you’d be horrified.” Well, that about sums up my thoughts about Peter. In romantic comedies, we’re supposed to be excited, intrigued and drawn to the hero. He may at first be unlikable, e.g., Mr. Darcy, but as we get to know him, we’ll come to love him as much as the heroine. While I like the inner thoughts/voiceover device in general, I don’t want to hear Peter’s. They’re too icky and not funny. I want some mystery in my romantic lead. There’s no mystery to Peter; he’s a douchebag.

Update (10/24/14): According to USA Today, “The network (ABC) Friday dropped the low-rated Tuesday comedy, making it the first cancellation of the fall broadcast season.” Apparently, other viewers agreed with me.

Romantic comedies are about rooting for two people to fall in love. The couple is often mismatched, which makes the journey of how they come together so much fun: she’s a neatnik, he’s a slob; she’s an animal rights activitist, he’s a big game hunter; and my favorite, she’s slightly neurotic and he’s laidback. In this show, Annie (played by Casey Wilson) doesn’t just have adorable quirks and foibles: she’s crazy! … as in out-of-her-mind-why-isn’t-her-boyfriend-breaking-up-with-her-right-now crazy. In the pilot, she launches into an ugly rant about why Jake, her boyfriend, didn’t propose to her on their vacation. She is so obnoxious, mean and unflattering, I disliked her instantly, and never recovered from this. Annie realizes what she’s done and tries to make up for the situation. She tells Jake, “For some reason I just explode my life. This is why I need you.” Jake responds, “I need your explosions; you challenge me.” What man says that let alone believes it?! Well, these two can continue to challenge each other in their own special way; I just won’t be watching.

Have you been watching the Fall season? Tell me which is your favorite.